Abstract:
The retention of the name H. emelyae v. Poelln. over H. picta v. Poelln. and H. correcta v. Poelln. is discussed.  There is also a discussion of the relationship of H. emelyae to H. comptoniana Smith. to H. springbokvlakensis Scott and to H. magnifica var. major (Smith) Bayer.  A new variety, H. emelyae var. multifolia is described.

Introduction:
Haworthia emelyae was described by von Poellnitz in 1937 and named in honour of Mrs Emely Ferguson whom von Poellnitz presumed to have been the collector.  Von Poellnitz related his new species to H. willowmorensis v. Poelln., to H. ryderiana v. Poelin. and to H. whitesloaneana V. Poelln..  None of these names is currently upheld (see Haworthia Handbook. Bayer, 1976) and it would be extremely difficult to form a picture of H. emelyae from any vision conjured up from the little tangible evidence associated with them.  Similarly the variety H. emelyae var. beukmannii v. Poelln. is known to be a variant of H. mirabilis Haw. (see Bayer, Excelsa 7: 37, 1977) and offers no solution to the problem.  There are three photographs supposedly of H. emelyae in the H. G. Fourcade photographic record of Major F. R. Long’s collection.  This record was compiled in 1940 and one would have expected less discrepancy at this distance in time than the three photographs actually project.  One photograph is of a plant sent in by a collector and recorded…”from the Gamka river, Calitzdorp”.  The plant is obviously H. turgida and comparable with the forms of that species from along the lower tributaries of the Gamka River (which actually becomes the Gouritz River after its confluence with the Olifants River in the Rooiberge to the north-east of Vanwyksdorp).  The second photograph is of a plant in the collection of W. R. van Ryneveld which is also clearly H. turgida comparable with the Lower Gouritz and Mossel Bay forms.  The third photograph is of a plant recorded as from Mrs E. Ferguson herself and this is unmistakably H. reticulata Haw.

Von Poellnitz also described H. blackburniae in Kakteenkunde 9: 132 (1937) with the name being changed to H. correcta v. Poelln. when it was found the name had just previously been used for another species.  The photograph in Kakteenkunde is not particularly good, and H. correcta as depicted by a photograph in the Fourcade record and another by Dr G. J. Broekhuysen of a plant in F. A. Fouche’s collection is H. turgida.  However, H. correcta was said to have been collected by Mrs Blackburn in the Calitzdorp area and the comparison with H. pygmaea v. Poelln. by von Poellnitz strongly suggests that it could not have been a form of H. turgida.  At present there is one unsubstantiated record of a very turgid form of that species from Die Hell to the north of Calitzdorp, otherwise the species is not known north of the Langeberg mountains (That record is now known to be incorrect and the record is for the form rodinii which is correctly H. turgida var suberecta.)

There are no extant types of either H. emelyae or H. correcta.  C.L.Scott may be correct (Aloe 11:8, 1973) in discarding the former name as insufficiently known.  However, he notes that Mrs Ferguson recorded the original plant as having come from a Mrs Le Roux at Vanwyksdorp, and Mrs Ferguson also wrote to G. G. Smith informing him of the same.  She subsequently sent a plant to Smith (GGS 5437) collected again by Mrs Le Roux …”26 miles from Calitzdorp on the road to Vanwyksdorp”.  Finally von Poellnitz described H. picta in 1938 from plants collected at Moeras River to the east of Oudtshoorn.  Unfortunately there is also no type and only the locality and the illustration serve to indicate that this name must be considered in the same context as H. emelyae.

Investigation:
Intensive field searches by the writer and also by P.V.Bruyns, together with assistance from various local collectors, have led to two main conclusions.

The first is that there is no species directly comparable with H. turgida in the Little Karoo.  H. turgida typically occupies riverine slopes and is a proliferous species.  It is not known north of the Langeberg in the Little Karoo, and where one would expect tb find it in the Gouritz Gorge, which transects the mountain range, a very odd population occurs (not yet described) which could be inter medate between the H. turgida and H. unicolor complexes (later named H. mucronata  var. rycroftiana).  There is an unconfirmed collection of a very turgid form of H. turgida (“rodinii” from Die Hell. north of Calitzdorp.  The second conclusion is that there is a retuse species which satisfies the descriptions of H. emelyae and H. picta (and probably H. correcta too).  It is very widespread and also, because of the greater aridity of its range, very variable, as the accompanying illustrations show.

Fig. 1 is of GGS 5437 recorded as from Mrs Le Roux and given to Smith by Mrs Ferguson – presumably from the same locality as the type.  Figs. 2 and 3 are of KG335/70 collected between Calitzdorp and Vanwyksdorp.  (These two localities are certainly the same and the place became very well known and plants from there distributed under the locality Rooiberg Pass.)  Figs. 4 and 5 are of plants a few kilometres north-east of Garcias Pass, near the locality for H. magnifica var. major at Muiskraal.  Rreciprocal forms are found at these two localities.  H. magnifica var. major occurs in acid sandstone soil together with typical machia’ vegetation.  H. emelyae grows in shale-derived soils under Pteronia sp. which is a truly ‘karoid’ plant.  The flower in the variety of H. magnifica is more easily associated with that species on account of the green venation, the flattened bud-tip and ‘fish-tail’ of the southwestern Cape species. In H. emelyae the flowers are larger, very white and on a more robust peduncle.  This is also what the flowers are like in a population a few kilometres west of Muiskraal (figs. 6 and 7). G. G. Smith records forms similar to the latter from karoid areas elsewhere in the near vicinity.  These plants have much more slender leaves and there are many more leaves per rosette, but florally the species is clearly H. emelyae. and it is proposed that it be recognised as a new variety, H. emelyae var. multitofia.  This element appears to flower a little earlier than the species.

Two plants of H. eme!yae were brought to the writer from a locality about 20 miles west of Ladismith.  This is a long distance from any other collection but the affinities are obvious.  A number of collections were made in the Oudtshoorn area which compared very favourably with von Poellnitz’s photograph of H. picta.   In the vicinity of Moeras River two collections revealed plants practically identical with the Vanwyksdorp specimens so that H. picta is clearly synonymous with H. emelyae.  There are, however, collections from still further east. GGS 5808, from the farm Erfpacht, Herold is obviously H. eme!yae too, although Smith attaches the name H. asperula Haw..  Similarly, Fourcade 34 of a plant from Molen River (= H. emelyae) in the same area is also so labelled.  Von Poellnitz used Haworth’s old name for plants from Zebra (= H. emelyae), as well as for plants from Bonnievale (= H. mutica) and from Great Brak (= H. pygmaea).

Fig. 8 is the Desert Plant Life pictotype (of H. picta), and Fig. 9 is GGS 5781 collected nearer Oudtshoorn, Fig. 10 is a photograph of a plant from Dysseldorp (H. bayeri) east of Oudtshoorn, and Fig. 11 of a plant from Uniondale (also H. bayeri).  The flowers and flowering times agree.  The Uniondale population is in Acock’s Mountain Renosterbos veldtype and one can therefore expect some ecotypic variation.  C.L.Scott in fact considers this Uniondale form to be H. willowmorensis v. Poell. (see Aloe 11:8, 1973).  Both Scott and the writer mutually agreed that the name H. mutica Haw. was the name best applied to the ‘retusa-like’ species from the Bredasdorp/Caledon area.  However, on looking again at the water-colour illustration in the Kew herbarium it seems that this decision was in error and that Haworth actually had the Uniondale plant.  Unfortunately this is now water under the bridge and a more capable taxonomist may one day decide that the name H. mutica really applies where the writer now uses the name H. emelyae (in retrospect these last two sentences are poorly considered)..

H. comptoniana Smith occurs to the north-east of Uniondale.  It is in karoid vegetation, the flowering time and flower agree with H. emelyae and in general appearance it is also very similar.  The main differences are that the leaf surfaces are very smooth and the plants are more robust.  A more conservative taxonomist could rightfully consider lumping this species under H. emelyae.  Taken a step further, the Uniondale population begins to resemble H. springbokvlakensis, remembering that the concept of this species is based on a large well- grown specimen with very turgid rounded leaf-tips.  In H. springbokvlakensis the veins in the translucent leaf end-area are very well marked and not so reticulated as in H. emelyae from Uniondale or in H. comptoniana.  The silver flecks so conspicuous in all three species (less so in H. springbokvlakensis) occur in H. turgida and H. retusa, but in H. emelyae grown in plenty of light these flecks give a distinct pinkish mottling to the leaves.

Conclusion:
The conclusion is that the three species H. emelyae, H. comptoniana and H. springbokvlakensis should be regarded as discrete, but that H. picta and H. correcta are simply synonyms of H. emelyae.  The element in the south-west of the distribution range of H. emelyae is described as a new variety as follows:

This variety of H. emelyae differs from the species primarily by virtue of its many non-retused leaves.  In many respects it is comparable with H. serrata (now H. rossouwii) Bayer.  The difference is in basic coloration because where H. emelyae var. multifolia is very dark green with dark veins contrasting with the translucent windows, H. serrata is uniformly pale green with almost concolorous veins and windows.  The H. emelyae variety readily colours to a purply-pink hue, whereas H. serrata is considerably paler.  This comparison with H. serrata is seemingly incongruous, but serves to underline further the similarities within the entire complex.  It has been repeatedly stated that the only satisfactory approach to an understanding of relationships in Haworthia is by reference to geographic distribution.  H. emelyae occurs north of the Langeberg mountain range and is effectively isolated from most of the other species of this kind (the ‘retuse’ haworthias).  H. serrata occurs south of the Langeberg mountains and its locality fringes or is adjacent to those of H. turgida, H. retusa, H. mutica, H. magnifica  and H. heidelbergensis.

(Jan. 2007 – much more is known about both H. emelyae and H. bayeri.  Particularly difficult is the relationship of H. magnifica var major to the former and it was changed to H. emelyae var major [this is’wimii’  Hayashi] in my 1999 Revision.  The var multifolia has been collected westwards at Brandrivier, but also at two places northwest of Muiskraal and the locality for the var. major.  These two latter collections demonstrate to me a very definite continuity to the forms of emelyae [‘breueri’ Hayashi] at Sandkraal just to the east and there are further collections north of the Langeberg towards Vanwyksdorp and the Gouritz River respectively.  The reported specimens from west of Ladismith have never been confirmed and the report of bayeri from the Rooinek Pass south of Laingsburg is more probably emelyae as suggested by G. Marx.  There is a raft of new names for elements in the bayeri complex and at least one in the emelyae system (viz breueri).  I personally do not think these are significant in terms of the actual variability in the respective systems nor in their populations, and that collectors would do well to adopt a locality name than support an ill-conceived charade of formal taxonomy.) 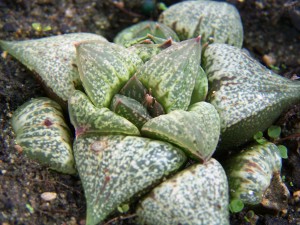 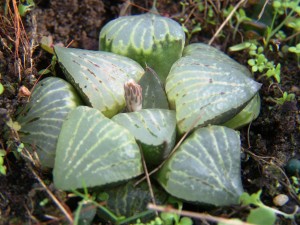 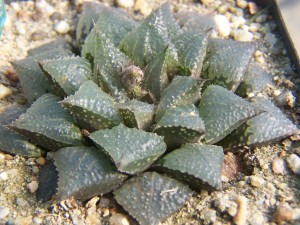 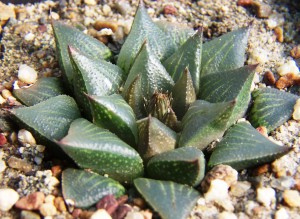 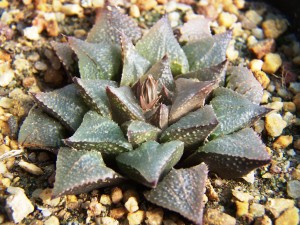 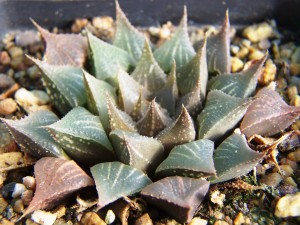 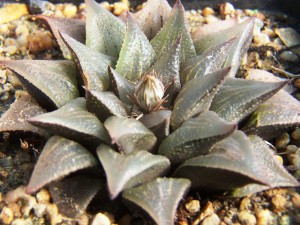 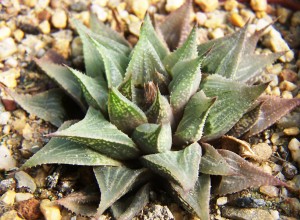 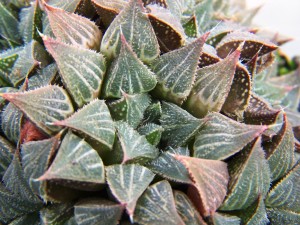 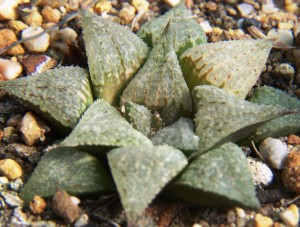 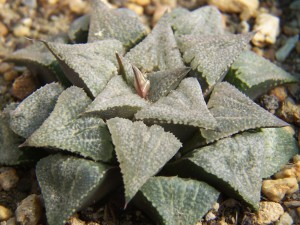 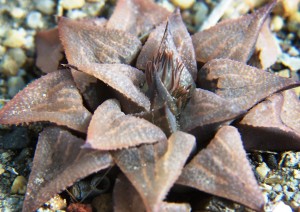 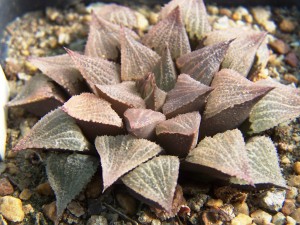 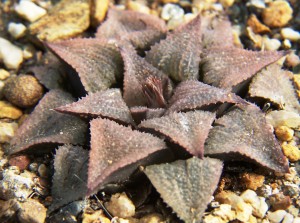 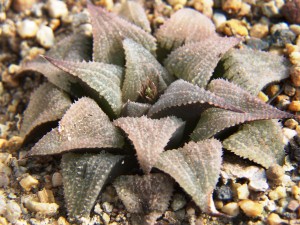 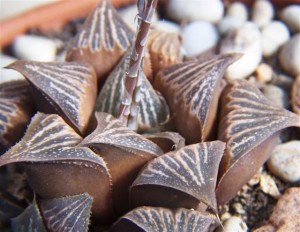 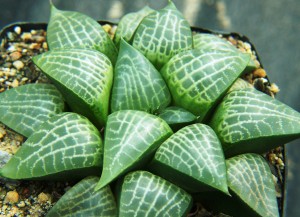 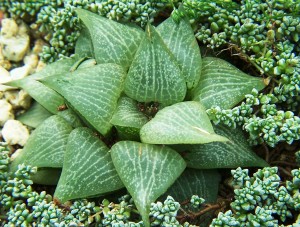 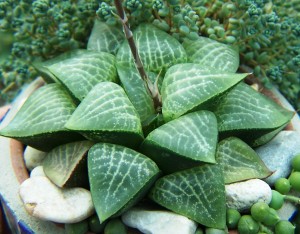 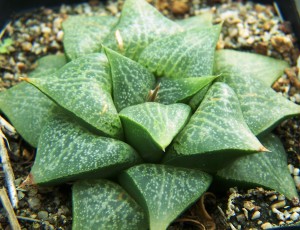 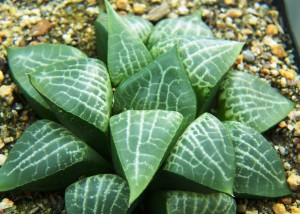 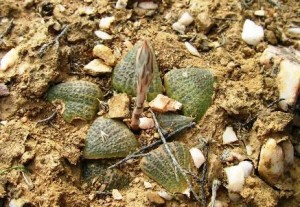 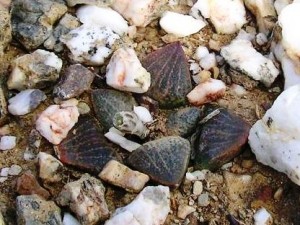 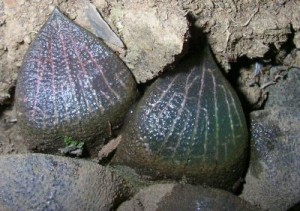 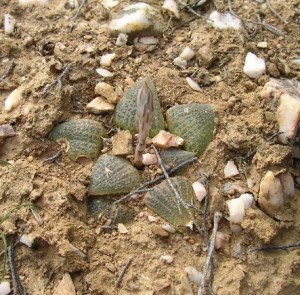 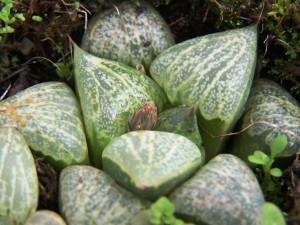 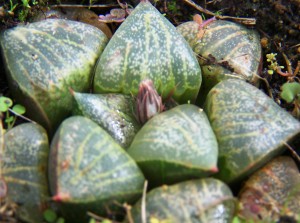 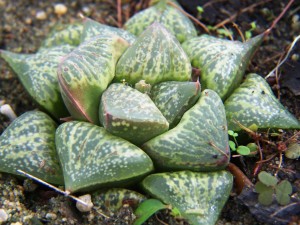