In Haworthia Update 4 I wrote an essay about the haworthias east of Albertinia in which I discussed their relation to H. retusa  and H. mirabilis, while generally lumping them largely in H. pygmaea.  There are of course real ‘turgida’ populations as far east as near Mossel Bay, so I argued the case for an interplay of the two former species that over the whole distribution range generated two ‘species’ in the east viz. H. pygmaea and H. retusa (to include ‘turgida’), and three ‘species’ in the west adding H. mutica to H. mirabilis and H. retusa.

Recently I had the pleasure of meeting Gregory Nicholson who is studying botany at University, Cape Town.  He surprised me by telling me that there was a Haworthia on his parent’s property west of Herbertsdale.  It was not in fact so much surprising as confirmation of the belief I formed on a trip a short while before that there must be haworthias in the very suitable terrain of the Jakkals River valley 6km west of Herberstdale.  The surprise came when Greg indicated the position of the plants much deeper into the mountains.

We visited the site while exploring H. emelyae north of the Langeberg Mountains and I will report that in an additional short article. We over-nighted east of Barrydale and a puncture made us detour via Riversdale rather than take the northern dirt road.  It was raining heavily at Albertinia, but we could see sunshine on the Langeberg in the direction of Herbertsdale. We traveled the dirt road through the upper Gouritz, because we also wanted to gauge the condition of the gorge through the mountain, as Greg reports the presence of H. retusa ‘turgida’ some distance in. Towerlands is some 8km on and it was still just sunny when we arrived.  We walked immediately the several 100m to Greg’s site along a good path among true Fynbos vegetation and found the plants very easily in a ferruginous sandstone ridge sloping into the river.  Then the rain came and made picture taking a bit difficult (see MBB7489 figs. 1-16). 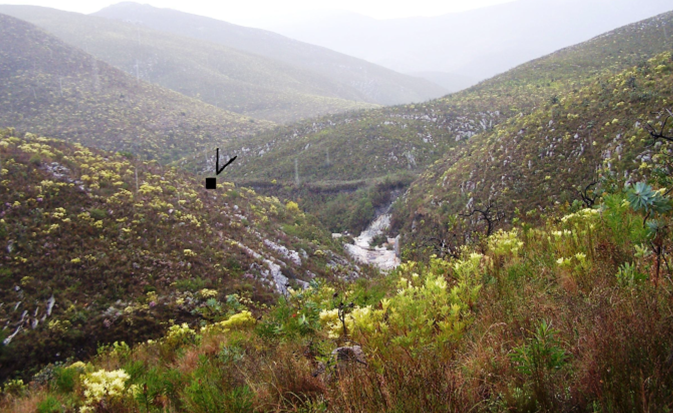 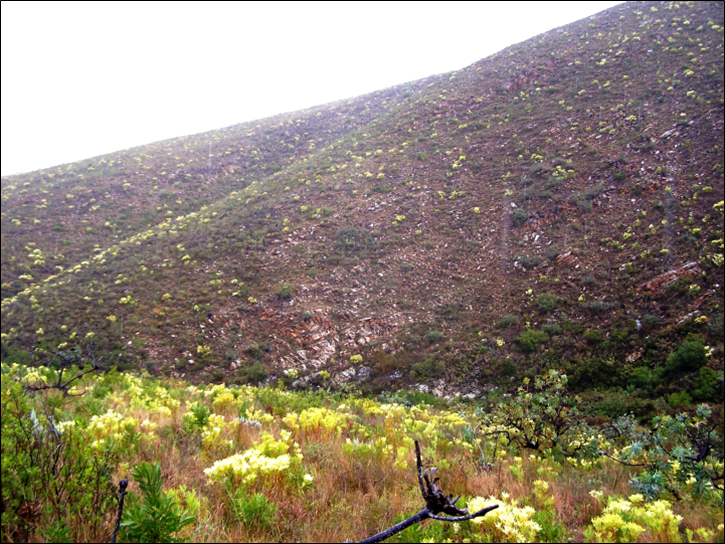 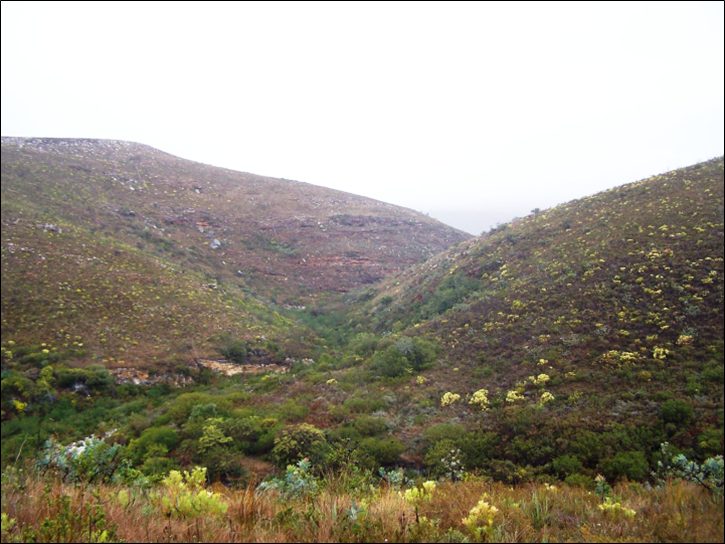 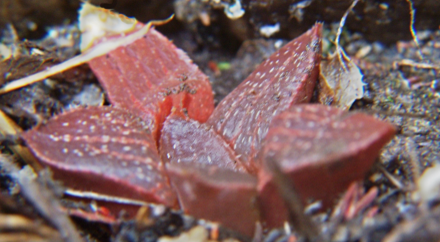 The plants are quite small and there was not much clustering.  Unfortunately the weather restricted us so we could not look for better habitat around the corner where Greg had actually pointed.  Greg’s photographs had made me lean to H. pygmaea and indeed I do not think one can deny the reality of this if one also considers the odd plants at Herbertsdale itself (JDV97/135) that I assign to H. pygmaea.  However, the similarity to ‘turgida’ is just as striking and Daphne and I concluded that we could recognize similarities to ‘dekenahii’  and even ‘mutica’.  To make it even more confusing, I felt, and still do, that the plants had similarities to H. emelyae.  This latter was confirmed in my mind when we continued our trip via Cloetes Pass back to the Little Karoo to just west of the Gouritz gorge and a population of H. emelyae known to us from Gerhard Marx.  I will submit that in a subsequent short note.

I include a habitat scene (fig. 1 – the arrow marks the locality) and note that looking south east one can see Albertinia and Aasvoelberg in the distance.  We know that ‘turgida’ is present in the sandstones of the Langeberg, but this find suggests it is far more abundant and widespread than present records suggest.  We need to now what the plants in the upper Gouritz look like.

Acknowledgements:  Gerhard Marx has been extremely helpful and informative and I am most grateful to Gregory Nicholson for his contribution.